A. INTRODUCTION
A question has often been asked: “How can we explain the unfortunate paradox that Zimbabwe, a country with a large percentage of Christians and great natural wealth is riddled with problems of governance, corruption, disease, poverty and polarization?” It will be argued in this paper that the lack of godly involvement by Christian leaders in the socio-political issues of Zimbabwe gives the best answer to this complex question. The paper tackles the erroneous assumption of incongruity between the pursuit of spirituality (dealing with the things of God) and politics (dealing with the reality of people’s power and the promotion of the common good). We will therefore discuss in this paper: Christians as god’s agents of transforming the world, politics in general vs party politics in particular and healthy ways of political involvement. We will do it in numbered points for ease of reference.

B. CHRISTIANS AS GOD’S AGENTS OF TRANSFORMING THE WORLD
Jesus’ teaching about salt and light (Mt 5:13-16) lays the foundation for Christian leaders’ participation in the socio-political realities of our nation. From this Scripture, we learn that while we Christians are IN the world we are not OF the world. At the same time the very reason why we are in the world is to transform it, that is to make this world what God wants it to be. But how can we transform the world? Just as a stool needs all its three legs to stand, our witness needs the following three legs in order to be transformative: identity which comes from our relationship with God, integrity, being our character that makes us distinct from the world and involvement which seeks to change the world in various ways. Let us examine these in turn.

D. HEALTHY WAYS OF POLITICAL INVOLVEMENT
If, as argued above, party political involvement is hazardous for the Christian leader, what then are the healthy ways of involvement in our socio-political realities?

E. CONCLUSION
Social science tells us that there are three kinds of people when it comes to transforming situations. Firstly, there are few people who make things happen. Secondly, there are many who watch things happen. Thirdly, there is the majority who have no idea what is happening. If you are want to be true salt and light to our Zimbabwean situation I hope you will decide to be part of the few that make things happen. You owe that to God, and you owe that to suffering Zimbabweans who look to Christian leaders to be transformational agents in the socio-political realities of our nation. 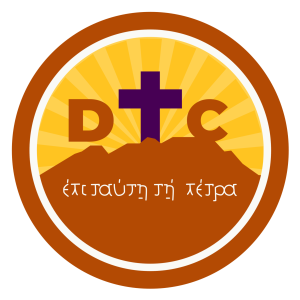 DTC was created by Zimbabweans to develop Christian leaders for Zimbabwe and beyond. Our students  come from different denominations and share a common belief in Jesus Christ as Lord and Saviour. A Word From the Principal DTC was created by Zimbabweans to develop Christian leaders for Zimbabwe and beyond. Our students  come from different denominations and share a common belief in Jesus Christ as Lord and Saviour.

This website uses cookies to improve your experience while you navigate through the website. Out of these cookies, the cookies that are categorized as necessary are stored on your browser as they are essential for the working of basic functionalities of the website. We also use third-party cookies that help us analyze and understand how you use this website. These cookies will be stored in your browser only with your consent. You also have the option to opt-out of these cookies. But opting out of some of these cookies may have an effect on your browsing experience.
Necessary Always Enabled
Necessary cookies are absolutely essential for the website to function properly. This category only includes cookies that ensures basic functionalities and security features of the website. These cookies do not store any personal information.
Non-necessary
Any cookies that may not be particularly necessary for the website to function and is used specifically to collect user personal data via analytics, ads, other embedded contents are termed as non-necessary cookies. It is mandatory to procure user consent prior to running these cookies on your website.
SAVE & ACCEPT